We are extremely proud of the Arthur Murray legacy of teaching the world to dance for over 100 years. Dancing is our passion, and we cherish every opportunity we get to share it with others. No matter how old you are – or how skilled – you can learn to dance. 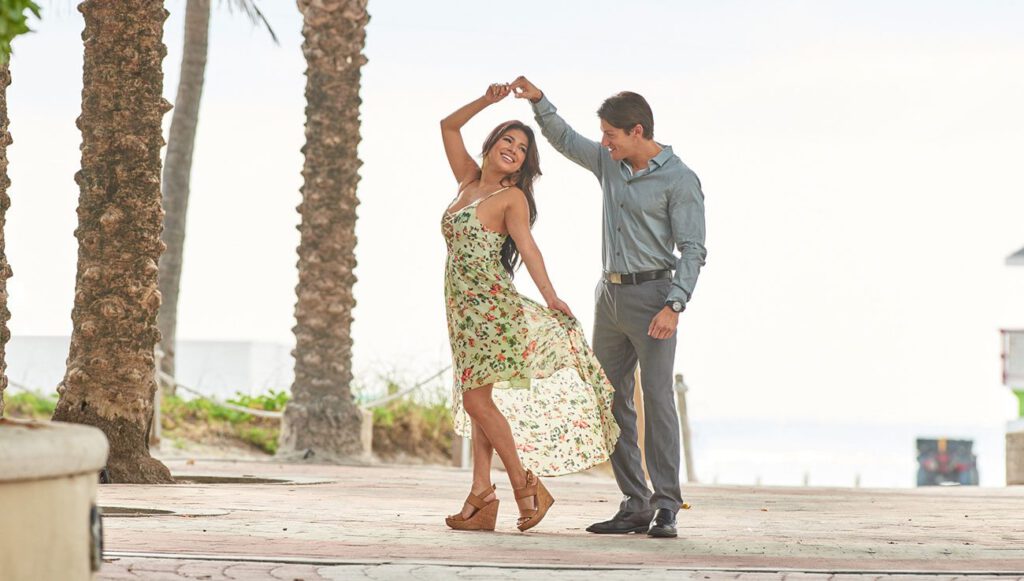 Dancing may be a great way to burn calories and stay in shape, but it’s also an excellent way to have fun, meet people, and cultivate confidence. At the Arthur Murray Dance Center of Ashburn, we offer a variety of different dance classes and dancing styles to prepare you for any dancing situation.

Our students travel from all over the northern Virginia area to learn from our talented ballroom dance instructors. When you visit our studio, you’ll enjoy a beautiful, spacious facility, fully-certified dance instructors, and the excellence that comes from more than 100 years in the dancing industry!

Give Us a Try

Whether one of the dance descriptions above caught your eye, or you’re still not sure which style is the right fit for you, give us a call. Your first private lesson is on us, so see what you think! Arthur Murray Dance Centers have been around for over 100 years; we’ll have you swinging and twirling like a pro on the dance floor in no time!